The Global Modeling and Assimilation Office (GMAO) is about to release a new version of the Goddard Earth Observing System (GEOS) Subseasonal to Seasonal prediction (S2S) system, GEOS-S2S-3, that represents an improvement in performance and infrastructure over the previous system, GEOS-S2S-2. The system will be described, including some features unique to GEOS-S2S, and the advantages of increases in resolution, upgrades in the model, expansion of data used for assimilation, and the change in ensemble perturbation strategy and ensemblesize will be demonstrated. Results are presented from forecasts, climate equillibrium simulations, and data assimilation experiments. GEOS-S2S-3 will be used to produce a long term weakly coupled reanalysis called MERRA-2 Ocean.

The climate or equillibrium state of the atmosphere and ocean shows a reduction in systematic error relative to GEOS-S2S-2, attributed in part to an increase in ocean resolution and to the upgrade in the glacier runoff scheme. The GEOS-S2S-3 coupled reanalysis also shows improvements attributed to the assimilation of satellite surface salinity. The forecast skill shows improved prediction of the North Atlantic Oscillation, attributed to the increase in forecast ensemble members.

With the release of GEOS-S2S-3 and MERRA-2 Ocean, GMAO will continue its tradition of maintaining a state-of-the-art seasonal prediction system for use in evaluating the impact on seasonal and decadal forecasts of assimilating newly available satellite observations, as well as evaluating additional sources of predictability in the Earth system through the expanded coupling of the Earth system model and assimilation components. 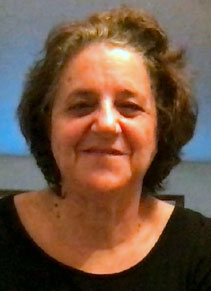 Dr. Andrea Molod is a Physical Research Scientist at the Global Modeling and Assimilation Office (GMAO) at NASA/Goddard Space Flight Center. She has been leading the GMAO’s Seasonal Prediction system group since 2016, overseeing the development of the coupled model, the weakly coupled data assimilation system and the ensemble forecasting strategy. Her focus for development has been the expansion of the model’s interactive components towards a complete earth system, and the inclusion of new data types in the assimilation. Dr. Molod originally joined the predecessor of the GMAO in 1985, and her work until recently primarily focused on understanding and modeling the processes that occur near the land/ocean surface and in the boundary layer. An integral part of her work continues to be the assessment and improvement of a GCM’s ability to predict the evolution of the earth’s weather and climate from synoptic to seasonal scales, functioning in atmosphere-only, coupled ocean/atmosphere, and data assimilation modes. Andrea got her BA in Physics (1979) from Clark University, a MS in Meteorology (1982) from the University of Maryland, her Phd in Atmospheric Dynamics (2003) from The Johns Hopkins University in the department of Earth and Planetary Sciences, and did her post-doctoral research at MIT in the department of Earth, Atmospheric and Planetary Sciences. The topics of her research have included the modification and implementation of GCM parameterizations of atmospheric moist processes, turbulence, and land surface processes, the use of high resolution model results and satellite data to estimate GCM Sub-Grid scale variance of total water, and the evaluation of sources of prediction skill and predictability on different time scales.