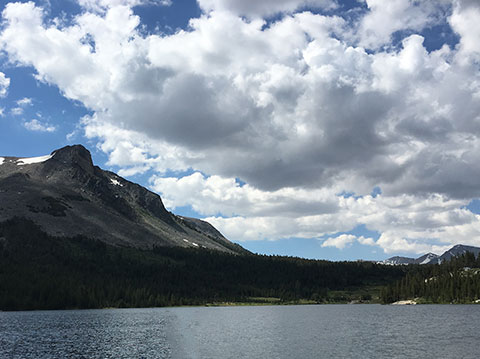 Climate change will be one of the defining challenges of the twenty-first century; how we respond will determine our future prosperity, health and well-being and the sustainability of Earth’s natural environment. However, these responses must be underpinned by the best possible climate science to ensure that we make wise decisions on how to build resilience to weather and climate extremes, and adapt to and mitigate climate change.

In this talk, Dame Julia Slingo will discuss the history of our understanding of how the climate system works, how this understanding has been embedded in the development of climate models, and how we use these models now to guide our actions to deliver a safe and sustainable future. 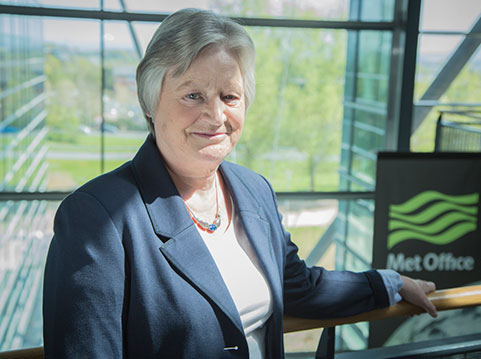 Dame Julia Slingo served as Chief Scientist of the UK Met Office from 2009 to 2016 when she retired. At the Met Office, she led a team of more than 500 scientists working on a broad portfolio of research that underpins weather forecasting, climate predictions and climate change projections. Before joining the Met Office, she was the Director of Climate Research in NERC's National Centre for Atmospheric Science, at the University of Reading. In 2006, she founded the Walker Institute for Climate System Research at Reading, aimed at addressing the cross disciplinary challenges of climate change and its impacts. In 2015 Dr. Slingo was appointed to the High-Level Group of the European Commission Science Advice Mechanism where she served until her retirement.

Throughout her research career she has developed and used complex weather and climate models to understand the climate system and to predict its evolution. Her special interests are in tropical weather and climate variability, understanding their influence on the global climate system and their role in monthly to decadal climate prediction. She has worked at the European Centre for Medium-range Weather Forecasts (ECMWF), the US National Center for Atmospheric Research (NCAR) and Reading University.

In her retirement, she has taken on a number of advisory roles, including Special Advisor on Science to the Secretary General of the World Meteorological Organization, and is now a member of the new NERC Council under UKRI. She holds an honorary professorship at the Cabot Institute of the University of Bristol, where she chairs the Advisory Board.

Among other honors, Dame Julia was inducted as a Fellow of the Royal Society (FRS) in 2015, and was elected a Foreign Member of the US National Academy of Engineering in 2016.