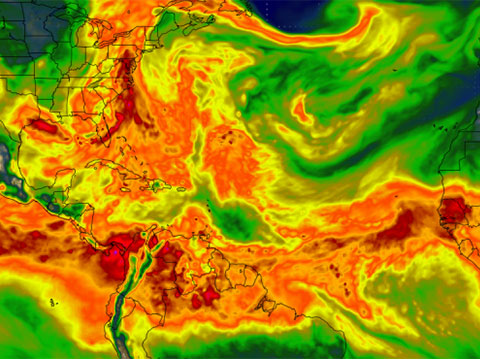 The Goddard Earth Observing System (GEOS) global model is a flexible, modular tool that is at the center of a number of activities in the GMAO and beyond. With a “scale-aware” representation of parametrized processes, the GEOS model can be configured to represent spatial scales as fine as several kilometers, or it can be used at lower (tens of kilometer) resolutions and a higher degree of physical complexity, to represent different interactions in the Earth System. Alongside the model, multi-variate data assimilation schemes are used to ingest observations, to produce analyses of the atmosphere, ocean, land, and cryosphere. These analyses are focused on demonstrating the value of NASA’s observations in producing high-quality analyses, as well as being a critical input to prediction across timescales ranging from weather to seasons.

This presentation will highlight several aspects of the GMAO’s work. The use of all-sky radiances from the Global Precipitation Mission (GPM) in meteorological analyses, which demonstrate beneficial impacts on tropical moisture profiles and improved weather forecasts, which points to their potential value for the Nation’s operational forecasting capabilities. Assimilation of atmospheric aerosols (from MODIS) and UTLS ozone profiles (from EOS-Aura MLS) were two of the major advances included in the MERRA-2 reanalysis, which are a component of the pathway from meteorological reanalyses to homogenized Earth System datasets. These advances form the basis for a new GEOS product, the “Composition Forecasting” which includes the comprehensive GEOS-Chem chemical mechanism to produce global analyses and forecasts of atmospheric constituents, including surface air quality. Another critical component of the Earth System is the ocean, for which NASA provides several unique datasets – the altimetry observations have become a standard input to oceanic analyses; this presentation will highlight the additional benefits of including sea-surface salinity from Aquarius and SMAP on both the analyses and on seasonal predictions, with the GEOS-S2S system.

These examples demonstrate the value of NASA’s research-quality observations alongside the “traditional” datasets used in analyses and forecasts of weather and seasonal climate. Ability to use these observations in context of the GEOS model positions the GMAO as a unique NASA facility for model-data fusion studies, many of which will benefit from additional collaborations across the agency and with academia. 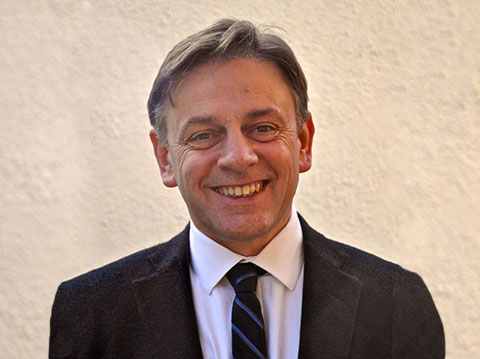 Steven Pawson is the Chief of the Global Modeling and Assimilation Office at NASA Goddard Space Flight Center. In this capacity, he is responsible for guiding a team of about 100 people who develop and use the "Goddard Earth Observing System" (GEOS) Earth System modeling and data assimilation system. Versions of the GEOS system are used to expand the use of NASA's satellite observations to address topical problems in Earth Science, on timescales ranging from days to decades.

Steven has worked primarily in the atmospheric sciences, with expertise in the domain of atmospheric transport and composition. He is author or co-author of more than 120 peer-reviewed publications. His early work focused on the stratosphere, including the ozone layer, and over time his interests have moved closer to the ground to include air pollution and the carbon cycle. Steven’s work has used a combination of observations and computer models. He was the founding co-lead of the GEOS Chemistry-Climate Model (CCM) project, in collaboration with the Atmospheric Chemistry and Dynamics Laboratory, which introduced chemical and emissions modules into the GEOS modeling system and conducted studies of ozone change and its interaction with climate. He contributed to ozone data assimilation projects in the GMAO, through which NASA’s EOS-Aura data were introduced into the GMAO's reanalyses. Through Steven’s long-standing collaboration with the Atmospheric Chemistry Modeling Group at Harvard University, the GEOS model is now being used to study tropospheric composition, including a prototype air-quality forecasting system. These chemical components now constitute an essential part of the GEOS Earth System Model. Steven also formulated and led the first “Carbon Data Assimilation” projects using the GEOS system, which led to close involvement in NASA’s OCO-2 mission.

Steven moved to NASA GSFC in 1997. He has been a member of the GMAO since 2003 and a federal employee since 2005. Previously, he spent almost a decade at the Meteorological Institute of the Free University of Berlin in Germany, including six years on the teaching faculty, where he was awarded the "Habilitation" in the Faculty of Earth Sciences. He completed his education in the United Kingdom, with a Bachelor degree in Mathematics (1982) from the University of York, a Masters in Atmospheric Sciences (1984) from Imperial College/University of London, and a PhD in Meteorology (1988) from the University of Edinburgh.

Steven served for four years (2001-2005) as an Editor of the Journal of Geophysical Research - Atmospheres. He was a co-lead author of Chapter 2 in the Scientific Assessment of Ozone Depletion: 2014. He frequently speaks to broad audiences of many ages about NASA’s activities in Earth Science.